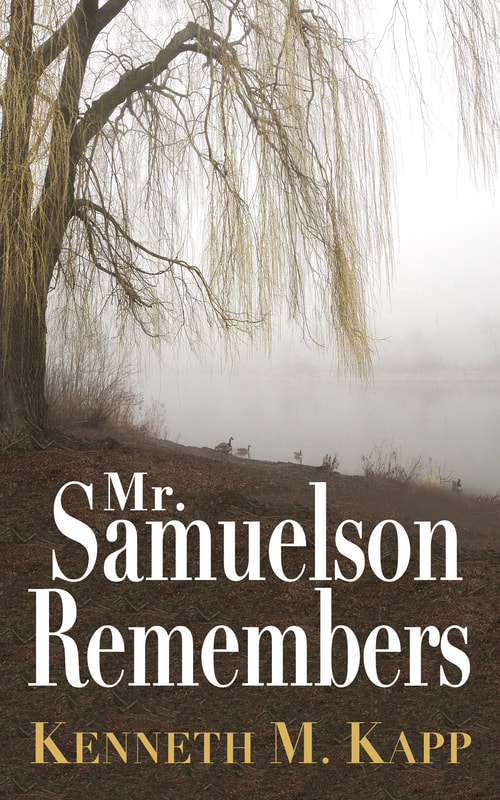 Mr. Samuelson Remembers (55K) The Samuelsons met at a series of Bach cantatas in New York City. The music became an integral part of their lives after they moved back to Ohio. On Sundays they would play recordings and sing along. At other times, a glance would bring forth a snippet of a duet. They discovered their own meaning in the German words, translating the words loosely so that they became personal, about them. The words and music remain in Stanley’s mind and he often thinks he hears Mary singing to him after she dies.
With music interwoven throughout the narrative, Mr. Samuelson Remembers is a poignant look at aging. This novel explores the impact of dementia on family when Mary, the mother, dies at the outset of Stanley Samuelson’s decline. The children are grown and have families and careers of their own. Providing care 24 x 7 is a challenge as Stanley wants to remain in the family home – just a little longer –to celebrate what would have been their 50th wedding anniversary. His progressive decline eventually necessitates involving his grandchildren. The burden is shared but at a cost.