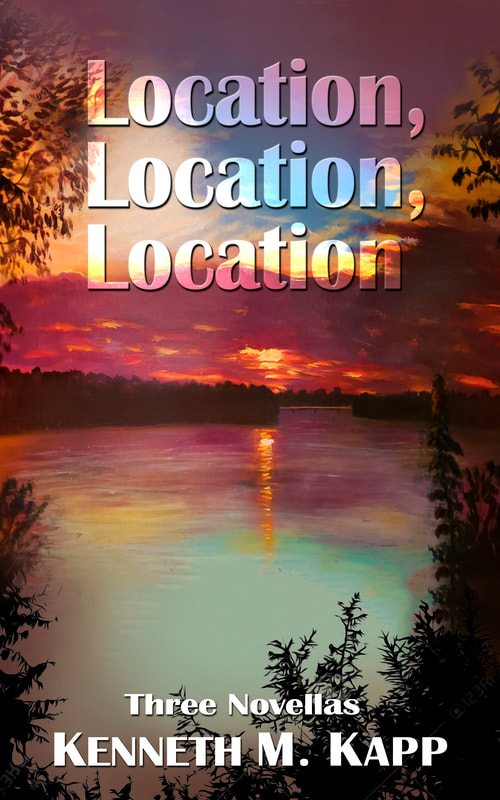 The Tamarak River flows through northwest Wisconsin winding its way to the Mississippi River. Two dams erected by the Army Corp of Engineers cross the river in Wildwood County. They’re part of a flood control program which created jobs when the Depression had a stranglehold on the country.
The smaller of the dams is downriver. Local residents call it the Little Dam. Twenty-five miles upriver in the northeast corner of the county is the Big Dam, generating electricity for the grid. It catches spring rains and snowmelts. In between is the Tamarak Flowage where the river moves at a walking pace, creating a comfortable environment for pontoon boats and anglers.
Loughlin lies on a bluff between the dams. A local businessman claimed to have seen an aerial photograph taken in the winter where the town looked like a belt buckle made up of a hodgepodge of brown and grey roofs. The snow and ice-covered river appeared grey-white from wood fires and looked like a fat man’s belt. After WWII, he submitted a motion to the town council to print bumper stickers and advertise: "Relax and open your Belt Buckle in Loughlin.” He can no longer find the picture.

Bourneville, Iowa
​
The land whispered the Ioway and Otoes were here first. The Sioux followed, left their mark. White men pushed the Algonquian and Iroquois people together, chafing their elbows. There’s a Meskwaki Settlement in Tama County, descending from the Algonquian passage over the Territory. The land spoke about the forced relocation of the Potawatomi, Ojibwa, and Odawa. “Remember, they too were pushed further west. And don’t forget in 1838 Chief Sauganash put down his tent overlooking the Missouri River in what was to become Council Bluffs in Pottawattamie County, Iowa.”
History poured out of the rolling prairie. The Missouri Territory carved out of the Louisiana Purchase; Missouri sliced into a state in 1821. The Black Hawk War ended in 1834, what was left became part of the Michigan Territory. Another slice cut for Michigan; statehood in 1836. What still remained was a big piece of pie – the Wisconsin Territory, which contained an Iowa District, parts of the Dakotas and all of Minnesota.
In 1841 Iowa City became the official territorial capital. In Ohio the Burtoones watched the land unfold, knew that money grew like weeds near government seats. Outriders moved in, acquired a stake close enough by, and plotted their future. In 1846 Iowa picked up the pie knife and waited for things to happen. The Burtoones are long gone. Only a trace that remains is in the name of the capital city of Cattail County: Bourneville.
Down in a Southern Holler
​
Explores the possibilities the life provides and explores how far one can go given an opportunity and the desire to change. This short novella unfolds in North Carolina.